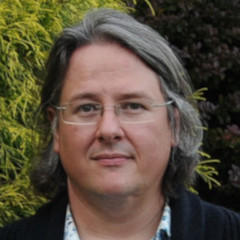 Buffalo Bill Cody’s 1883 story Texas Jack, the Prairie Rattler; Or, the Queen of the Wild Riders is a good representation of the complicated issue of race in the 19th century and its representation in popular media. The plot is relatively standard, employing many of the tropes that dominate dime novels in general, and western stories more specifically, but the significance of the author, his subject, and the portrayal of the ways in which members of various races and social classes interact within is significant.

Texas Jack, the Prairie Rattler is presumably set just after the Civil War, though Buffalo Bill doesn’t give a year or mention the war itself in the story. The action takes place in Texas, ranging from the Mexican border to the Llano Estacado, the Staked Plain that covers the western half of the Texas panhandle. The characters can largely be considered tropic: Texas Jack is the handsome and heroic cowboy who can not ignore a man or woman in need. Don Castro Rivera is a wealthy Mexican man whose daughter has presumably been kidnapped, and who enlists the aid of the famous and chivalrous cowboy to ensure her safe rescue. The Don’s daughter is Rena Rivera, a beautiful senorita who has been taken captive by Iron Arm, the brutal and savage chief of the Comanche. Texas Jack is aided by Red Snake, a Tonkawa warrior, and Ebony, a former slave who is now the “majordomo” of Texas Jack’s ranch, running the operation while Jack is elsewhere performing heroic deeds.

Inexplicably saved from death at the end of the novel, Jack eventually returns home, having buried the Tonkawa, saved the Senorita, pleased the Don, defeated the Comanche, escaped the Mexicans outlaws, and thwarted the disgraced white soldier, Dick Turpin and Mark Melton, the former lover of Senorita Rivera now posing as the Comanche, Iron Arm.

The interplay between racial groups is, at times, surprisingly nuanced for a dime novel. Although many of the other Mexican characters in the story are depicted as stereotypical outlaws, Don Rivera and his daughter Rena are portrayed as sophisticated and respectable. Similarly, while the Comanche are often presented to the reader as “bad Indians,” Texas Jack is unable to best them without the help of his Tonkawa partner.

But perhaps the most interesting character is Ebony, a former slave who now runs the ranch and manages the cattle operations for the former Confederate soldier Texas Jack. Although not full equals, Jack trusts him implicitly and takes him on as a partner after the death of Red Snake. The Ebony character would later be used in other Texas Jack stories, like Arizona Joe, the Boy Pard of Texas Jack by Prentiss Ingraham. Lillian Schlissel, professor emerita and director of American studies at Brooklyn College-CUNY, wrote in her book Black Frontiers: A History of African American Heroes in The Old West that “Not many other books before 1900 showed friendships between a white man and a black man...The story of Arizona Joe is unusual because in it a black man, Star, rescues the hero, Joe Bruce, and saves his life. As with the Lone Ranger and Tonto, Ebony Star is Texas Jack’s powerful friend and ally...Star has a place in the legends of the Old West.” White protagonists taking on a partner of a different race would become an increasingly common trope in later dime novels, such as Frank Reade’s best friend, Pompei (black), or Nick Carter’s protégé, Ten-Ichi (Japanese).

In addition to its depiction of race, Texas Jack, the Prairie Rattler, is one of the first stories to feature a cowboy as the hero. Even earlier Texas Jack stories, such as Ned Buntline’s Texas Jack, the White King of the Pawnees from ten years earlier (1873), take place when Texas Jack was serving as a scout, rather than as a Texas cowboy. This story’s release coincided with the inaugural season of Buffalo Bill’s Wild West, which would for the first time feature cowboys as the hero of the American West, and would use Texas Jack’s writings on the profession in their programs to do so.

Buffalo Bill Cody was the most famous American alive for a good portion of his life. A consummate showman, and real-life scout, William F. Cody is perhaps the person most responsible for shaping American perceptions of the American West. Born in 1846, Cody participated in the Pike’s Peak Gold Rush of 1859, rode with the parent company of the Pony Express in 1860, served as a private in the Union from 1863 until 1865, and began service as a civilian scout for the Army in 1866. He earned his name hunting bison to feed the westward expansion of the Kansas Pacific Railroad before becoming Chief of Scouts for the Third Cavalry. In 1869 he was stationed at Fort McPherson, where he met Texas Jack.

At Fort McPherson, Bill and Jack led Russian Grand Duke Alexis on a buffalo hunt. Both men continued to scout, and were involved in an 1872 altercation with Miniconjou Sioux warriors that earned Cody the Medal of Honor. They were turned into celebrities by Ned Buntline, who released first Buffalo Bill, King of the Bordermen in 1869 and Texas Jack, the White King of the Pawnee in 1873.

In December of 1872, Cody and Omohundro became stage stars, performing in Buntline’s play The Scouts of the Prairie. The next year they were joined by their mutual friend James Butler “Wild Bill” Hickok. Buffalo Bill paused his acting career in 1876 following the death of his son and returned to scouting, where he famously killed and scalped a Cheyenne warrior named Yellow Hair following the defeat of Custer at the Little Bighorn. Returning to acting, Cody and Omohundro dissolved their partnership, establishing separate touring combinations.

After five more seasons, and following the death of Texas Jack, Buffalo Bill teamed with sharpshooter Doctor W. F. Carver to found the Wild West. The Cody/Carver partnership ended after a single tumultuous and ultimately litigious year, but Buffalo Bill would run or participate in Wild West shows for the rest of his life. He performed in front of hundreds of thousands of Americans and Europeans, taking his show to England, France, Italy, and across Europe multiple times. By his death in 1917, no man was more widely known across the globe.

A biography of dime novelist Ned Buntline, who was the second most read author (after Mark Twain) of the 19th century, and the progenitor of the western dime novel genre.'

The Modoc War was the American/Indian conflict that provided the context of the ascendency of Buffalo Bill and Texas Jack as dramatic stars. McNally explains that the war was the consequence of a decades long deliberate attempt at the genocide of native peoples by the state of California.

A fascinating look into the ways in which men like Buffalo Bill and Texas Jack, along with their European friends Grand Duke Alexis and the Earl of Dunraven, both fit into and challenged pervasive 19th century stereotypes of masculinity.

A chronicle of the ways in which African-American men and women lived and worked in the American West, and were depicted in both its fiction and non-fiction.

Warren’s is the most in depth look at the legacy of Buffalo Bill and the ways his life and his life’s work mirror broader social concerns of the era.